Rhodesia was engulfed in a war against terrorist guerrillas (supported by the USSR and China, who provided logistical support and training in terrorist tactics and warfare) who were infiltrating into the country and committing acts of terrorism and aggression against the outlying tribal areas and commercial farms. the result was an armed conflict which started in the mid 1960's and continued until 1980 when a forced election took place among the people of Rhodesia. It saw the use of the best anti-terrorist tactics that the world had ever seen, accomplishing great success, and terrorist warfare the likes of which few people today have experienced.

The Start of the troubles

The war started in 1964. The black African nationalists wanted to rule the country and get rid of the whites as it had been done in Congo. Many white and black Rhodesians feared the return of Rhodesia to a tribal state, and leaving behind it's civilized,industrial, and educated culture at the time. Tensions rose after Rhodesia declared independence from England. Britain had a policy of majority rule before independence, and did not acknowledge Rhodesia as a free state, just like the American Declaration of Independence. Britain and the United Nations then placed sanctions on Rhodesia for the rest of its history. 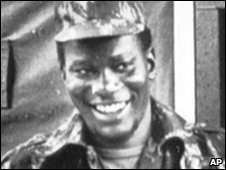 Rex Nhongo
During the late 60s to 1970 the war was still quite small, with only 189 deaths on the northern border with Zambia. In late December 1972, Altena farm and later Whistlefield farm were attacked by insurgents led by Solomon  Majuru, a.k.a. Rex Nhongo, because of the neglectfulness of a threat by security chiefs. This led to the first hot pursuits and later external operations so they could engage the terrorists' camps, before they could infiltrate Rhodesia and torture or murder any civilians.

In neighboring Mozambique, the Portuguese were involved in a similar war. Many BSAP, such as ones stationed at nearby Mt. Darwin, would help the Portuguese across the border, with advice and sometimes support. As one veteran recalled, the Portuguese had been so lazy that the terrorist would attack them in the middle of the day. He later said that on one occasion, their friends' base in Mukumbura was being mortared, so they called in an airstrike to help them out. Another common habit of the Portuguese is that at 5 o'clock the war is over until the morning.  This described the friendly relationship the Rhodesians had with the Portuguese.

The Portuguese were not all that bad fighters. Infact, Ron Reid-Daly had gained the idea of the Selous Scout from the Portuguese Flechas (Arrows). One notable commander of the Flechas was Francisco Van Uden, one who spoke English well, and worked along side certain Rhodesians. He and his family would later be exiled from Portugal after their Revolution because of his conservative stance, being the first family for over 115 years to be exiled. As said in Ian Pringle's book "Dingo Firestorm" the Rhodesian pilots saw the Portuguese using 20mm cannons in their Alouettes and Pumas with explosive rounds, decreasing the need for accuracy firing from a moving helicopter. These things would  become instrumental for the Rhodesians.

In 1974, the Carnation Revolution in Portugal caused the government to pull out of its colonies in Africa. This gave the communist terrorists (ZANLA) a whole new border to infiltrate Rhodesia by. It also gave Rhodesia another 800 miles of border to protect against ZANLA insurgents. This would be a challenge for the Rhodesian security forces, but Rhodesia never backed out of a challenge. 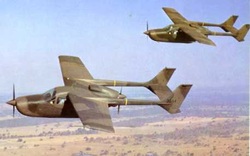 Lynx Ground Attack Aircraft
During the Vietnam war the United States pioneered a tactic called fireforce. Fireforce consisted of heliborne troops being dropped to encircle the enemy, then one side performing a "sweep" to sweep up the remaining enemy combatants, and in Rhodesia's case, terrorists. This tactic was much more simplified by the United States Army and used unsuccessfully, but proved to be a complicated key to Rhodesia's survival against communism.
In Rhodesia fireforce was comprised of anywhere from four helicopters to twenty helis, a couple of C47s, (Hawker) Hunters, and Canberras. For most small fireforce operations four (Alouette III) helicopters was the norm, usually being supported by a Lynx (cessna-337) ground attack aircraft. One Alouette would be designated as the K-car, carrying the fireforce commander and a 20mm matra cannon with explosive rounds. The other helis, called G-cars, carried a four man stick and had twin mounted browning .303 machine guns.
In late 1977, operation dingo was one of the largest fireforce operations that was ever attempted. There were four Canberra bombers, ten (Hawker) Hunters, six Vampire ground attack aircraft, ten K-cars, and multiple Daks and Alouette G-cars.